Friends, I feel so honored to share my brand new music video “Sing Over Us” in just a few days (July 21 official release date)!  I want you all to get to know the incredible cinematographer behind the footage, James Knightly. He was amazing to work with–his passion, dedication, focus, experience, humility, and talent were just what we needed on set to make this project come alive.  He and Jessica Christine Ferraro (director, editor) worked seamlessly together. The synergy on set was something beautiful. I feel grateful to God for both of these extraordinary individuals who have poured their time, talent, and heart into this music video. I couldn’t have asked for more wonderful people with whom to work, and I’m honored to call them friends! Enjoy this interview with James Knightly, cinematographer. 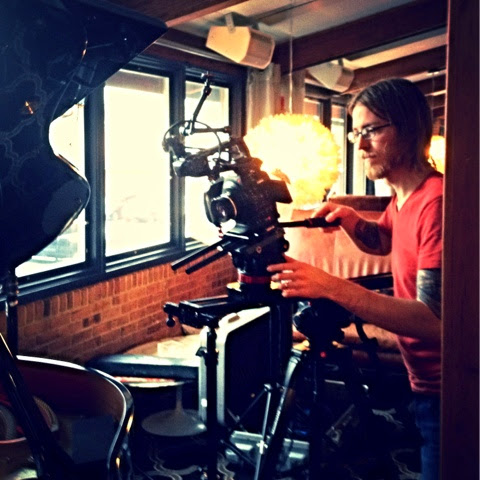 When did you know you wanted to go into a career in film and what was your inspiration?
It wasn’t until high school actually. Growing up, I used my parents’ VHS camcorder to make little movies, but never thought I would eventually go into that field. When I was 16, I started filming friends skateboarding. It was around that time that it clicked- this could be a really fun way to make a living.
What is your favorite part about cinematography?
I love telling a story with pictures. Words aren’t my thing, but I love using light, lens selection, movement, and color to communicate.
What inspires you most when you are working behind the camera?
Emotion. I remember the first big film project I worked on in college. In the scene, the actress comes home to an empty house and remembers what it was like before her husband died. I had lit the scene, readied the camera, and put my eye to the viewfinder. When the director yelled action, I remember watching the actress suddenly experience profound loss and suffering. I was completely speechless.
What are some favorite film projects you’ve done?
Paper Turtle was a short film a friend of mine wrote and directed as a Temple grad student. We shot on Super 16mm film and were privileged to work with fantastic child actors. We worked for months in preproduction on storyboards, locations, etc. When the time came to actually shoot it, we were well prepared. Being able to film something just as you imagined it is an incredibly satisfying experience.
Another fun project was shooting a promo for a chartered catamaran in the British Virgin Islands. A week of shooting on a sailboat in the Caribbean? I’ve done worse gigs.
What was the most challenging aspect of shooting “Sing Over Us”?
Probably working with Caitlin. Total diva. Just kidding. It was both challenging and wonderful working with folks who didn’t have much film production experience. The challenging part was communicating without using the production lingo that I was used to. I couldn’t say “Could you flood that 650?” without Jessie looking at me like I had two heads. The wonderful part was how little pressure and stress there was on-set. I felt like I was back in film school again- it was great!
Do you have a favorite moment from the music video shoot?
I think seeing Jessie’s face when I showed her the video monitor of Caitlin’s close-up at the piano. It was the second shot of the production, and I had just finished lighting the scene. I was very happy with how it looked, but wanted Jessie’s opinion. When I asked, “Were you thinking something like this?” her jaw dropped. It was very gratifying.
What is something unique about your style as a cinematographer?
Authenticity is something that’s very important to me. When I read a script and am thinking about how to film a scene, I constantly ask myself, “What is this character feeling at this moment? How can I communicate that visually?”

Where can people find out more about you and your film work?
www.jamesknightly.com 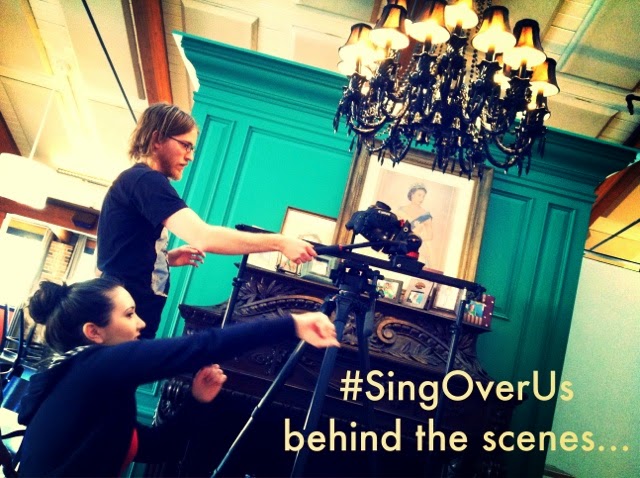