Recently I had the chance to sit down with two friends and watch a film made after one of my all-time favorite novels, The Great Gatsby.  Complete with popcorn, pumpkin squares, and tea, we had a wonderful girls’ night, soaking in the story.  Afterward, I asked myself, “What makes this story so captivating, so compelling? Why does its eccentricity and extravagance resonate with the average human heart and those living ordinary lives?”  It struck me then that Gatsby was a modern day Solomon.  He had it all- the riches, the fame, the women, and the ornate, pompous lifestyle.  He had the 1920’s New York version of a chariot as he sped along past the eyes of Dr. T. J. Eckleburg in his creamy yellow car.  He had status and wit and connections and flair.  He was an insider, he was unstoppable, he was almost untouchable. 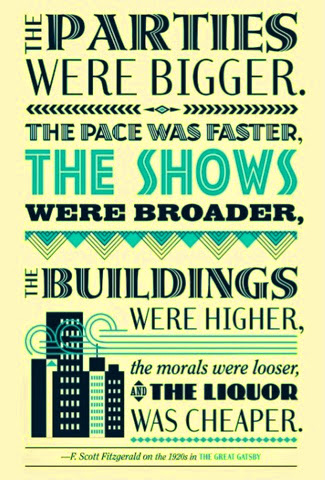 And then it all came crashing around him.  His great kingdom was spiraling out of control, and his dreams, one by one, were shattered as his glass house was broken.  As one of the characters, Wilson, frantically told his wife right before her death, “God knows what you’ve been doing, everything you’ve been doing. You may fool me but you can’t fool God!…God sees everything.”  This message was for Gatsby as well. Their lives were on the course of destruction amid their rising decadence. 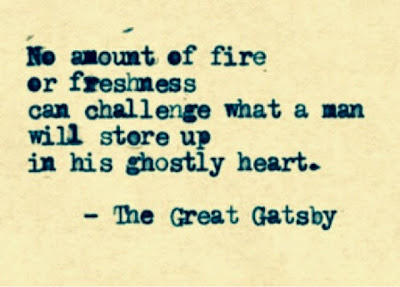 Travel back to the tenth century before Christ, and meet a man who was no stranger to this type of tragic tale.  Solomon was a king of splendor. He had it all. He had wives and concubines by the hundreds.  He had gold and silver and rubies and jewels from far-off places. He had a palace that would make the kings and presidents today drool. He even had wisdom and understanding beyond fathom…but it was just that- the wisdom- which haunted him, knowing so well in the end that his chasing after all the fame and fortune this world had to offer was only a chasing after the wind.  It could not be held, nor could it be grasped. And still today it is a vapor, which comes and goes.  It flies away and the soul is dissatisfied to the greatest degree. 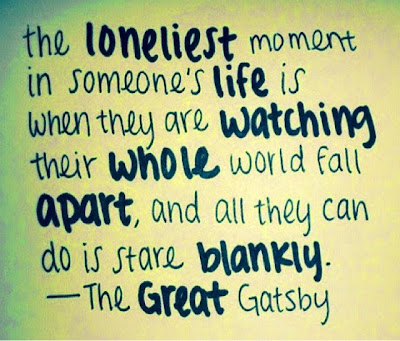 “Vanity of vanities…all is vanity.
What profit has a man from all his labor in which he toils under the sun?
One generation passes away, and another generation comes; But the earth abides forever.
The sun also rises, and the sun goes down, and hastens to the place where it arose.
The wind goes toward the south, and turns around to the north;
The wind whirls about continually, and comes again on its circuit.
All the rivers run into the sea, Yet the sea is not full;
To the place from which the rivers come, there they return again.
All things are full of labor; man cannot express it.
The eye is not satisfied with seeing, nor the ear filled with hearing.
That which has been is what will be,
that which is done is what will be done,
And there is nothing new under the sun…”
King Solomon
Ecclesiastes Chapter 1 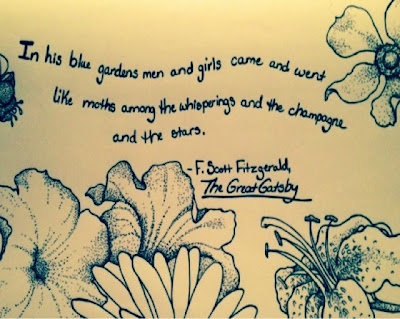 While you and I may not have the riches and glory of King Solomon, and we may not be the Great Gatsby in West Egg, NY or his desperate lover, Daisy, in East Egg, NY…we are human beings, toiling in the flesh day after day.  Working and wrestling for meaning.  Searching for soul satisfaction.  Clamoring for recognition, rising worth, and some reality that will give purpose to the day.  I find myself so often caught in the cycle of it all- giving more time and energy into the temporary things instead of the eternal. Recently I’ve had moments of pause.  Moments where I’ve stepped back and seen more of the landscape view of life instead of the microscopic, up-close, day to day rush and pressure of it all. Over the last four months…finding out about my medical situation, having to make decisions, and facing the uncertainty of tomorrow (which we all face, but frequently ignore since ignorance is a state of temporary bliss), I’ve come to a place of examining what matters in this life…and what does not.  I’ve come to realize more than ever that the the well-knowns and the great success stories and the household names are not always the satisfied and soul-nourished.  Often, they are the ones suffering.  It’s often the unsung, no-named heroes who have hearts filled with rich peace – the obscure and anonymous lives who chase not after the honor of this world, but rather have their eyes fixed on the unseen things above (Colossians 3:2), 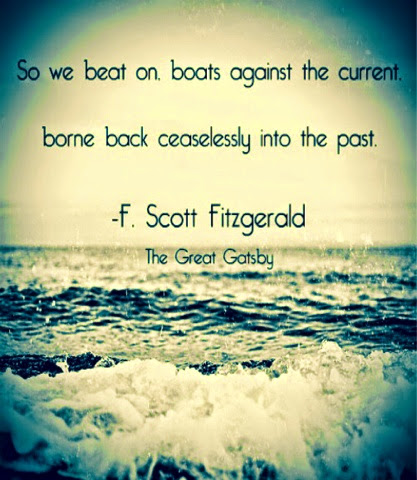 Here’s an echoing challenge from King Solomon- for you and for me both.
“Remember now your Creator in the days of your youth,
Before the difficult days come,
And the years draw near when you say, ‘I have no pleasure in them’:
While the sun and the light, the moon and the stars, are not darkened,
And the clouds do not return after the rain;
In the day when the keepers of the house tremble, and the strong men bow down…
And those that look through the windows grow dim…
And all the daughters of music are brought low…
And desire fails.
For man goes to his eternal home.
And the mourners go about the streets.
Remember your Creator before the silver cord is loosed, or the golden bowl is broken,
Or the pitcher shattered at the fountain, or the wheel broken at the well.
Then the dust will return to the earth as it was,
And the spirit will return to God who gave it…
All is vanity…
Fear God and keep His commandments,
For this is man’s all.“
Ecclesiastes 12