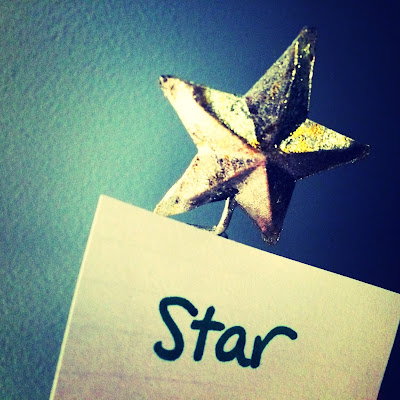 There is something about the stars in the night sky that captivate and inspire the human spirit. Especially in rural, open places with no city lights, the big sky just shines so brightly with dazzling, countless stars in the heavens.  As a child, I loved looking up at the stars and dreaming. I was drawn to how magical they felt. I was fascinated with constellations and astronomy (though the only constellation I could ever find consistently was Orion). Looking at the stars has always prompted me to pray- not to the stars themselves of course, but to the Creator of the stars!  To see the vast expanse of the night is a reminder of how small we are, and how big our God is.  It is a reminder that He holds the Universe in place and that He has a perfect, orderly plan for our lives and for eternity.  It is a reminder of His sovereign power and beauty.

It’s amazing to see how stars are woven through the fabric of the Scriptures, both before and after Christ’s birth.  The Lord has used stars as figurative pictures and bold promises to speak to Israel.  Let’s explore some of the Bible passages that speak of stars and see what treasures we can find! 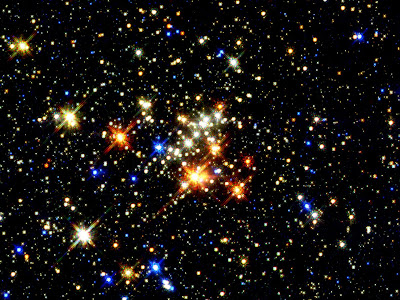 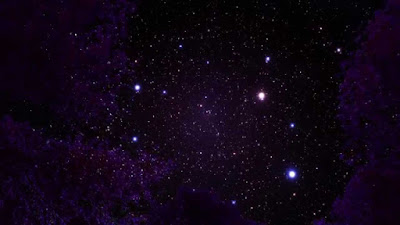 The God who created the world spoke the stars into being on day four.  He saw them as something good.  They were to assist the moon, which would be the lesser light, ruling the night. I am thankful God thought of such wondrous, creative light as stars!  And to put their sparkling brightness against the backdrop of the dark night…only the Divine Artist could think of such contrast and glory!

I see him, but not now;
I behold him, but not near:
a star shall come out of Jacob,
and a scepter shall rise out of Israel;
it shall crush the forehead of Moab
and break down all the sons of Sheth.
(Numbers 24:17)
Some Bible scholars believe this prophecy by the sorcerer Balaam is what led the wise men to travel in search of baby Jesus. (While God does not condone sorcery, He can use even that which is sinful for His purpose and to fulfill His will.)

And beware lest you raise your eyes to heaven,
and when you see the sun and the moon and the stars,
all the host of heaven, you be drawn away
and bow down to them and serve them,
things that the Lord your God has allotted
to all the peoples under the whole heaven.
(Deuteronomy 4:19)
This verse is a warning against idol worship.  We live in a day now when creation is upheld more important than the Creator Himself.  People care so much for the earth, for the solar system, for the plants and animals and the sun and atmosphere, that they begin to make all of that their gods, forgetting the God who holds the universe in His hands.  We must beware in our own hearts of committing such idolatry.  Yes, we are called to take care of this planet and be good stewards of this world, because it is commanded by God, for it belongs to Him.  However, we are never to lift our eyes in worship of the creation instead of the Divine Creator. 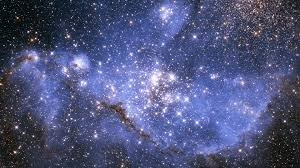 Out of the mouth of babies and infants
you have established strength because of your foes,
to still the enemy and the avenger.
When I look at your heavens, the work of your fingers,
the moon and the stars, which you have set in place,
what is man that you are mindful of him,
and the son of man that you care for him?
(Psalm 8:2-4)
We looked at the first part of this passage yesterday, remembering that God is praised through the mouths of infants and children…but all of creation cries out the glory of God, and when we look to the heavens and see the shining stars, we are reminded of how small we are in His vast glory and greatness!  I am truly humbled and in awe that the Lord personally cares for me when I observe His incredible creation.  (One of the reminders of this is when I am on a flight and see the incredible sky at nighttime from the window of a plane- it gets me every time!).
Give thanks to the Lord, for he is good,
for his steadfast love endures forever.
to him who made the great lights,
for his steadfast love endures forever;

the sun to rule over the day,
for his steadfast love endures forever;

the moon and stars to rule over the night,
for his steadfast love endures forever;
(Psalm 136:1,7-9)
He heals the brokenhearted
and binds up their wounds.

He determines the number of the stars;
he gives to all of them their names.

Great is our Lord, and abundant in power;
his understanding is beyond measure.
(Psalm 147:3-5)
This is one of my all-time favorite Psalms, so much so, that in college I wrote a song after it called “Fear to Fall”.  When my heart feels wounded, all I need to do is look up into the stars, be reminded of God’s sovereign power and love, and allow Him to minister healing and comfort to my soul.  We have nothing to fear when we fix our eyes on Jesus. 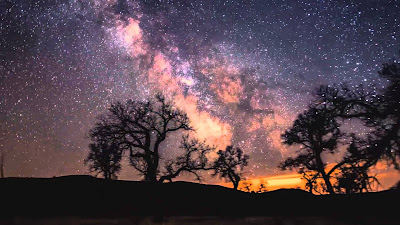 Praise him, all his angels;
praise him, all his hosts!
Praise him, sun and moon,
praise him, all you shining stars!
Praise him, you highest heavens,
and you waters above the heavens!
(Psalm 148:2-4)
Thus says the Lord,
who gives the sun for light by day
and the fixed order of the moon
and the stars for light by night,
who stirs up the sea so that its waves roar—
the Lord of hosts is his name:
(Jeremiah 31:35)
And those who are wise shall shine
like the brightness of the sky above;
and those who turn many to righteousness,
like the stars forever and ever.
(Daniel 12:3)
The Lord promises that we will shine like the stars if we honor him and choose righteousness and wisdom (both found in Christ alone).  How fitting that the Christ Child, whose coming was signaled by a star, places righteousness and wisdom into the hearts of His people, and in doing so, allows them to shine like stars! 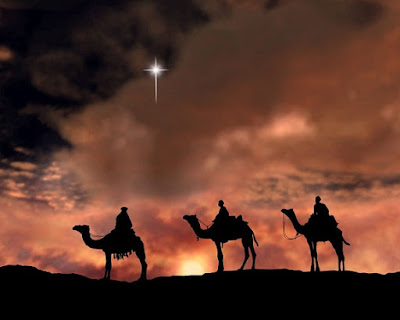 So here we are…we come to the Christmas story and the Magi from the east.  God moves in such amazing ways in the hearts of men, doesn’t He?  For these particular men, He used a shining star in the Heavens to point to the King of Kings.  Then these mortals kings came and offered their gifts, their honor, their homage and allegiance.  May we, like the wise men offer our gifts, our honor, our homage, and our allegiance to Christ the King this Christmas and forevermore! 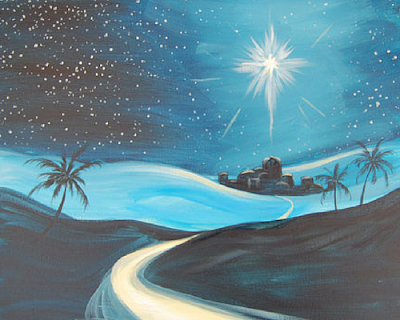 Now after Jesus was born in Bethlehem of Judea in the days of Herod the king, behold, wise men from the east came to Jerusalem, saying, “Where is he who has been born king of the Jews? For we saw his star when it rose and have come to worship him.” …They told him, “In Bethlehem of Judea, for so it is written by the prophet:
“‘And you, O Bethlehem, in the land of Judah
are by no means least among the rulers of Judah;
for from you shall come a ruler
who will shepherd my people Israel.’”
…They went on their way. And behold, the star that they had seen when it rose went before them until it came to rest over the place where the child was.10 When they saw the star, they rejoiced exceedingly with great joy. 11 And going into the house, they saw the child with Mary his mother, and they fell down and worshiped him. Then, opening their treasures, they offered him gifts, gold and frankincense and myrrh.
(Matthew 2:1-12)