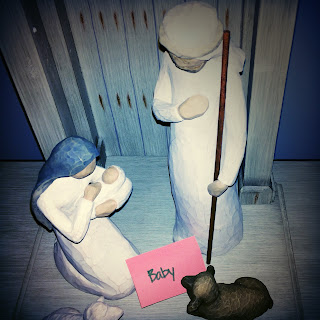 The word baby brings me back to one year and seven days ago, when I gave birth to my firstborn, only son, Joseph.  Honestly, last December, during the time of Joey’s brith, I couldn’t stop thinking about the brith of our Savior over 2000 years ago.  The image of Mary and the Christ child wouldn’t leave my mind…I kept wondering about how Mary must have felt, carrying not only a precious miracle baby and her firstborn son, but the Son of God!  Many times I thought about the muddle and mess of that moment when Jesus was born, the not-exactly-a-silent-night when the scene was far from still, calm or serene, but more likely…pure chaos.  I still imagine what it must have been like for Mary and Joseph, trying to find someplace for her to give birth and no one letting them inside because all the Inns in Bethlehem were packed full due to the Census. 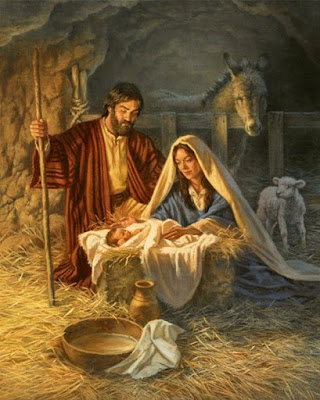 I picture panic and birth pangs and contractions and pain.  I envision Joseph stumbling and racing around trying to make a “birth plan” for his betrothed at that critical moment- with no midwife, no modern day hospital, no doctor, no clean bed, no pillows, no pain medication, and nothing sanitary in sight  I picture Mary in tears, so helpless, feeling the intensity and agony of childbirth, enveloped by fear and the unknown at this climactic moment of history.  She was truly a brave woman, more like a mere young girl, who said “Yes!” to God’s call on her life.  Her obedience and surrender paved a path for the entrance of the King of Kings to come into this world.  I wonder how long her labor was.  I wonder how much anxiety there was in that moment, or how much peace from the Lord filled that stable.  I imagine it was a perfect mix of the two- absolute human anxiety and complete and perfect heavenly peace! I wonder how the animals really responded to that baby’s cry.  I have so many questions about that scene…It is beyond our comprehension.  The nativity, the story of Jesus’ birth never gets old, that’s why we tell it again, year after year after year.  All around the world, this story is retold again and again through pageants and songs, films and books and narratives.  What makes this story so amazing, so incredible?  The Baby. 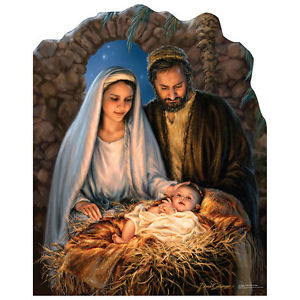 Yes, Jesus, Emmanuel – God with us, came as a baby. A tiny little baby, crying and cold.  And he had no place to lay his head, but in a manger where animals ate.  It’s beyond shocking.  I can’t even imagine a servant or a slave being born in such conditions, yet the King of Kings came into the world in such a scene.  However, He became the servant of all and the sacrifice for all, so it is fitting indeed.  He humbled Himself, Philippians 2 tells us, and in that humility, the stable and the manger and the young virgin mother play the perfect roles for His entrance.  We reflected on the this passage earlier in our Advent Journey- on Day 9 when we focused on Christ’s Divinity. Let’s read it again together: 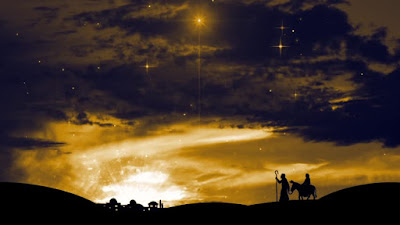 Let each of you look not only to his own interests, but also to the interests of others. Have this mind among yourselves, which is yours in Christ Jesus, who, though he was in the form of God, did not count equality with God a thing to be grasped, but emptied himself, by taking the form of a servant, being born in the likeness of men. And being found in human form, he humbled himself by becoming obedient to the point of death, even death on a cross. Therefore God has highly exalted him and bestowed on him the name that is above every name, so that at the name of Jesus every knee should bow, in heaven and on earth and under the earth, and every tongue confess that Jesus Christ is Lord, to the glory of God the Father.
(Philippians 2:4-11) 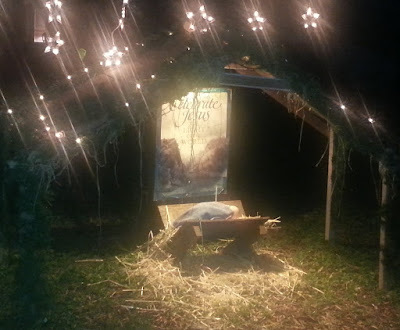 If this story were made up by man, if someone wanted to write a thriller about the King of the Universe and get everyone to really buy into His power- in that story, God would not enter into the world as a mere innocent and helpless babe.  He would come with fire and swords; He would ride a chariot with horses or a rocket ship,;He would have a magical palace and everything around Him would dazzle to impress, to make the world obey in amazement and awe.  But no, this story wasn’t written by humans, it was written by God Himself.  And He is full of mystery, paradox, and surprise. He chose the scene of the stable,;He chose a young, unknown virgin; He chose sheep and shepherds and a feeding trough; He chose a star in the night and the birth announcement sung in the sky by Angels. And most importantly, He chose to humble himself by becoming a little baby, completely innocent and helpless and totally human.  His perfect Divinity now clothed in complete humanity, laying aside His royalty and taking on the role of servant. 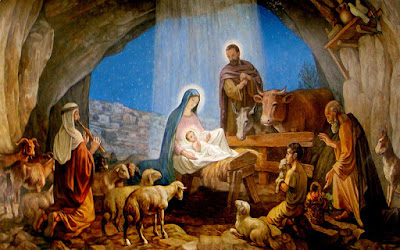 The mystery of the incarnation we will never fully grasp, but we believe and we are amazed.  Not just the incarnation, but how the incarnation actually took place. There is nothing more beautiful than the picture of God entering the world as a baby.  Babies are so tiny and fragile.  Babies are treasures.  Babies are completely helpless and need their parents for everything.  Babies cry, eat, sleep and make messes- they are simply human.  God didn’t take on just part of the human experience- He took on the whole human experience when He became a baby! He journeyed through the entire process of life on earth- from His first cry in that stable to His last cry out to the Father on the cross. Blood, sweat, and tears…everything. 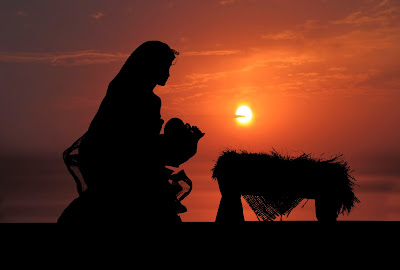 Anyone who knows me knows I love babies.  Toddlers are actually my favorite stage, but babies are the most vulnerable, and that’s why I feel it is my life’s work to help protect the innocent and unborn.  The smaller they are, the more helpless and defenseless they are.  How beautiful that God chose to become so helpless, so innocent, so dependent, so defenseless.  And nothing is new under the sun.  Tragically, we face the mass killing of babies here every day, the slaughter of thousands…yet when Jesus was born, Herod ordered the mass killing of all the baby boys under the age of two.  Oh how the enemy tries to destroy God’s plan by attacking the little ones.  But clearly God values the little ones so much, for He Himself was unborn at one time- He Himself lived 9 months in the womb of His mother.  He Himself was born in circumstances less than convenient, planned, or comfortable. 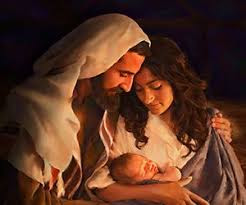 This Christmas, let us be in awe of the wonder that Jesus was born as a Baby.  Let us consider the miracle of the incarnation to new heights and depths.  Let us, when we see a newborn child, be reminded of the scene of the Christ child. Let us never take for granted that our God would humble Himself and become a helpless babe.
For unto you is born this day in the city of David
a Savior, who is Christ the Lord.
And this will be a sign for you:
you will find a baby wrapped in swaddling cloths
and lying in a manger.
(Luke 2:11-12) 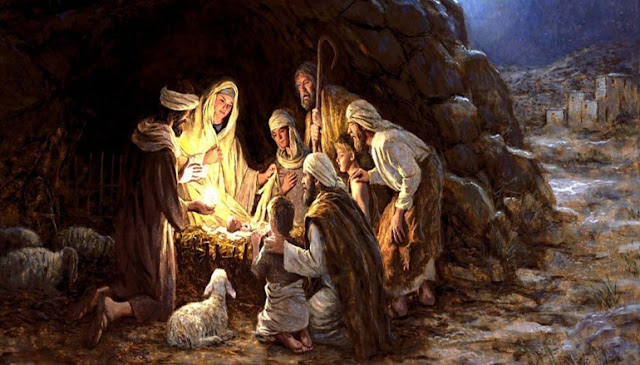